From THill2Family
Jump to navigation Jump to search 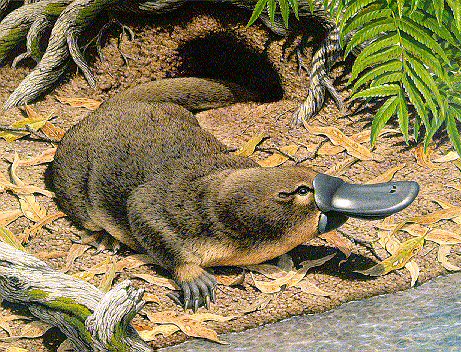 I have a Spotify Premium account so I listen to what I want most of the time, these are more in the realm of physical media I would appreciate

Handel's Messiah, *NEEDTOBREATHE*(*Rivers in the Wasteland), Rich Mullins (I would like some of his lesser-known songs if possible), Crowder (I Know a Ghost), Skillet, Anberlin

I am also a fan of Classical music, Especially violins and brass. CDs or electronic copies of larger works would be appreciated. I have nothing specific enough.

Honestly, I will love just about anything you give me. Sci-Fi, Fantasy, Adventure, or interesting History books (a la Malcom Gladwell) are my current favorites

Introverts in the Church (from Intervarsity Press)

A Web of Air, Scrivener's Moon

Kazuo Ishiguro Klara and the Sun

Becky Chambers A Psalm for the Wild Built

The Towers of the Sunset, The Magic Engineer, The Order War, Fall of Angels, The Chaos Balance, The White Order, The Colors of Chaos, Magi'i of Cyador, Wellspring of Chaos, Natural Ordermage, Mage-Guard of Hamor, Arms-Commander, Cyador's Heirs, Heritage of Cyador, The Mongrel Mage, Outcasts of Order, The Mage-Fire War,

*Robert Jordan* (There are three book sets for this series that would work out well, I own books 1-3)

The Shadow Rising, The Fires of Heaven, Lord of Chaos, A Crown of Swords, The Path of Daggers, Winter's Heart, Crossroads of Twilight, Knife of Dreams, The Gathering Storm, Towers of Midnight, A Memory of Light

Children of the Bard: Song of the Ovulum, From the Mouth of Elijah, The Seventh Door

Echoes from the Edge: Beyond the Reflection's Edge, Eternity's Edge, Nightmare's Edge, Reapers

I am Looking for Hardcover versions of this whole series of these novels, I currently have Mossflower, Triss, and Eulalia I think

The Ribbajack & Other Curious Yarns

How Old Holly Came to Be

Morpheus Road: The Light The Black The Blood

The Light Bringer series: The Black Prism, The Blinding Knife, The Broken Eye

Jeanne Duprau The Diamond of Darkhold

Maxwell King The Good Neighbor: The Life and Work of Fred Rogers

Rivers Solomon An Unkindness of Ghosts

S.B. Divya Contigency Plans for the Apocalypse and Other Possible Situations

Saad Z. Hossain The Gurkha and the Lord of Tuesday

*Christopher Paolini* The Fork, The Witch, and The Worm

Betrayal at House on the Hill,

Smash Up Expansions (There are maybe a dozen of these, any one will do)

Model/Action figures (I have the 3 mini-epics from WETA workshop and all the Funco POP! Alita figures), there are some 1/6th scale figures that also look really cool but are super pricey, perhaps a collective gift?

( I want to own these or need them to complete collections)

Tomb Raider(2018), Ready Player One, Ralph Breaks the Internet, A Beautiful day in The Neighborhood, Abominable,

(I currently own My Neighbor Totoro, and Castle in the Sky):

Nausicaa of the Valley of the Wind

Grave of the Fireflies

Whisper of the Heart *

From Up on Poppy Hill

The Tale of Princess Kaguya

The Legend of Korra complete series

Winter hat, prefer one that can cover my head and my ears

Hats- Two lines of thinking, either more curved brim baseball hats like the ones I wear now, OR I am looking for a formal wear hat to wear for nice occasions with a suit/dress clothes

Computer Fans, Specifically https://www.amazon.com/dp/B00KF7PPY4? , one is fine, but I'm looking to add at least two to my PC

Lanyard Materials, including String/cord, hooks, and perhaps a book on various braids/stitches

A Pocket Knife, Needs to be pretty utilitarian, able to use for CFA and for camping, (For a super expensive option, Check out https://www.benchmade.com/mini-griptilian-family.html , A plain drop point and whatever handle material is ok with me.)

You can't go wrong with Legos, I have a bit of a Star wars collection going, but any fun little set would be good.

If all of the above fails here's a current list of favorite games/shows/things to work with: